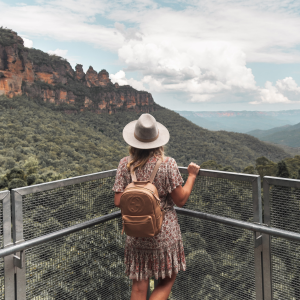 Determining which the best Oil is for a Body Massage for your Newborn Baby requires you to do a little digging and educate yourself. When you are done, you’ll be wise enough to not only yourself but anyone who wants to know. So, get you learning mode on and get busy.

Giving the baby a body massage is a wonderful experience. It had been in traditions throughout the planet for generations. The baby enjoys it as well as the mother. It makes the baby feel comfortable and help with development of bone structure, limbs and skin. Besides, It is also a great way to bond with the baby.

Babies develop their sense of touch in the womb. It is the first sense that grows into the living fetus. Giving a body massage to the baby will help communicate affection, sense of security and belonging. You will be a happy mother and the baby will be cheerful and comfortable.

How to pick the best oil for baby body massage?

First, you need to know about Oils. There are many types of oil that can be a considered appropriate for massage. There are many traditions throughout the world and everyone have their bids. In India, mustard seed oil was largely used for massage, but later was shown to be potentially damaging to the skin.(Darmstadt GL, 2008). No chances can be taken with the health of the baby. Ergo, let’s get to know different kinds of oils that can or cannot be used and why:

Mineral oils are petroleum based products which aren’t easily absorbed by the skin. Instead, they create barriers on the outer layer. It had been suggested that it can have some benefits in maintaining hydration and reducing infection (Stamatas, 2008) some benefits to keep the skin hydrated. It has a strong smell and no nutritional value for the skin. It doesn’t allow the skin to breathe. Ergo, Mineral oils aren’t really cut the deal.

Essential oils are not a good choice for newborn baby skin. They should be avoided because they are very strong. Do Not use it in the first three months. Studies indicate that the addition of some essential oils to products can disrupt the hormonal balance of children and therefore may be best avoided (Fergie, 2010).

On current advice, olive oil and sunflower oil should be avoided on new born skin (under four weeks old)

Olive Oil used to be known as the best option for baby skin. People recommended it for cradle caps. But, Researchers have concluded that that oleic acid, which is contained in olive oil, delays skin barrier recovery on damaged skin (Danby et al 2013).Thus, Olive oil isn’t the right choice to regularly use on your baby’s skin. Don’t use it at all if the baby has dry, cracked skin or eczema. It is now widely avoided for use on newborn babies.

Olive oil is made up of several kinds of fats like:

Sunflower Oil is the ideal choice for messaging the baby body for the past 6-7 years. It is very popular and easily attainable. Besides, it has almost no smell, is full of vitamins, absorbed into the skin easily and even if it is ingested by the baby, causes no harmful effects.

In case of Newborn infants, sunflower oil delays the development of the crucial skin barrier function, damaging the integrity of the superficial layer of skin, the stratum corneous (Cooke et al. 2015).

So, Use it after 3-4 weeks. Not enough of a benefit to outweigh possible harm. Thus, it cannot be said that sunflower oil is the best oil for baby body massage.

Coconut Oil is a great alternative of Olive oil. Yes, it contains Oleic Acid; the same fatty acid in Olive Oil that ruled it out. However, in coconut oil the concentration is fairly lower. Coconut oil is mainly made up of Lauric Acid (around 48%), as well as Caprylic acid (9%) and Linoleic acid(1-2%). Oleic Acid is around 5-6% in coconut oil compared to 55% plus in olive oil.

As a result, Coconut oil can be a good choice for massaging the baby.

Jojoba oil is recommended for babies with eczema because it helps heal the skin. It’s also high in vitamin E. Use cold-pressed jojoba oil for your baby’s massages.

Borage seed oil is high in a fatty acid that can help soothe and heal your baby’s skin. It’s safe to use as a massage oil even if your baby has eczema.

Hands down baby massage is beneficial practice. Together you bond and play with the baby. The baby feel better and relaxed. Besides, it also helps with:

We cannot pinpoint the best Oil for body massage for newborn baby. Different oils have different effects. The trick is to apply it once and see if there is any issue in 2-3 days. Consult your doctors or pediatrician to help you pick the right stuff. Don’t stress too much. Feel and understand how the baby feels with the oil. Massaging is a good thing after bath or before sleep. You can now do a better job.

PrevPreviousHow To Warm Up Baby Oil For Massage
NextCan I Use Almond Oil for Baby Massage?Next 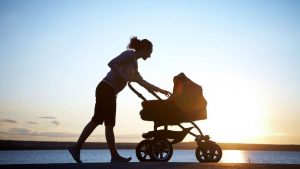 Baby in Stroller Without Car Seat For Outdoor 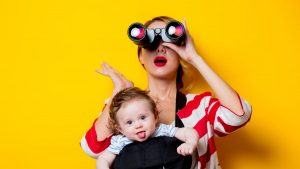 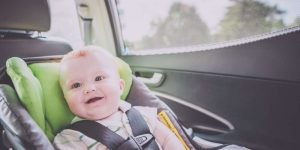 How to Protect Leather Car Seats from Baby Seats 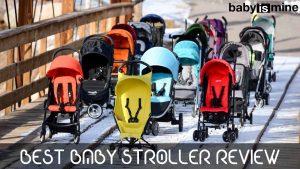 Are you ready to get regular updates about mom & baby guides, reviews, tips, product features? Stay with us!